Hello, this is the hospital calling… 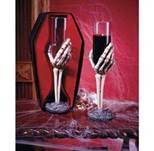 Got home the other day from work and was pleasantly surprised to see my daughter Caitlin there along with our good friend AJ.  Jake was watching TV. After a bit of chit chat, I checked the phone messages and there was a message for me to call the hospital emergency room. What????? I quickly scanned the people around me and realized the only one not there was Asa, my 20-year-old son. I immediately called the hospital and they told me that Asa had been drinking and was found face-down on the side of the road. Double What?????  He was supposed to be at work. Where did he get alcohol? Is he okay? The nurse reassured me that he was sobering up and would be just fine. I rushed to the hospital and the first thing I said to him was, “What the fuck were you thinking?!”  His response?  “I don’t know. I can’t remember a lot of it.”  Sheesh!!!  Apparently he had been working with his boss (friend) doing yard work and in between jobs, his boss gave him a drink called “Joose” – an energy drink with 12% alcohol. Asa had only eaten two little muffins at breakfast and had not been drinking water. He downed the drink because he was thirsty and soon fell asleep in the truck and missed the last job. After waking, he started walking home from his boss’ like he usually does. He got about 5o yards and collapsed on the side of the road – a rural area with a speed limit of 50 mph. A guy driving by saw what he thought was a pile of clothes and only stopped when he realized it was actually a person. He flagged down another driver who called 911 and they got the ambulance there. Asa doesn’t remember passing out, doesn’t remember much about the guy helping him except that he looked young and rather freaked out about the whole situation. He doesn’t remember being in the ambulance at all – or getting poked with needles, or much else until he puked a few times and started getting fluids in him. As we waited for his IV to finish up, we talked about drinking. I shared some stories about getting drunk in my early adulthood – one time I was so drunk, I literally fell off a toilet seat and had to have someone get me out from between the toilet and the wall. We laughed so hard at my stupidity. I  just wanted him to know that I knew what it was like and that I knew he would probably drink again – but I also wanted to tell him how to avoid getting in that situation again – being sure you have eaten and that you are hydrated. Don’t chug it down so quickly – and know what it is you are drinking. And of course, never drive drunk – if he had been driving instead of walking, he’d probably be dead. Hopefully he learned something from this. He is a good kid – most of the time.

Older: Red Hats, Mops and Purple Socks
Newer: Be a Kid! Have Some Fun!