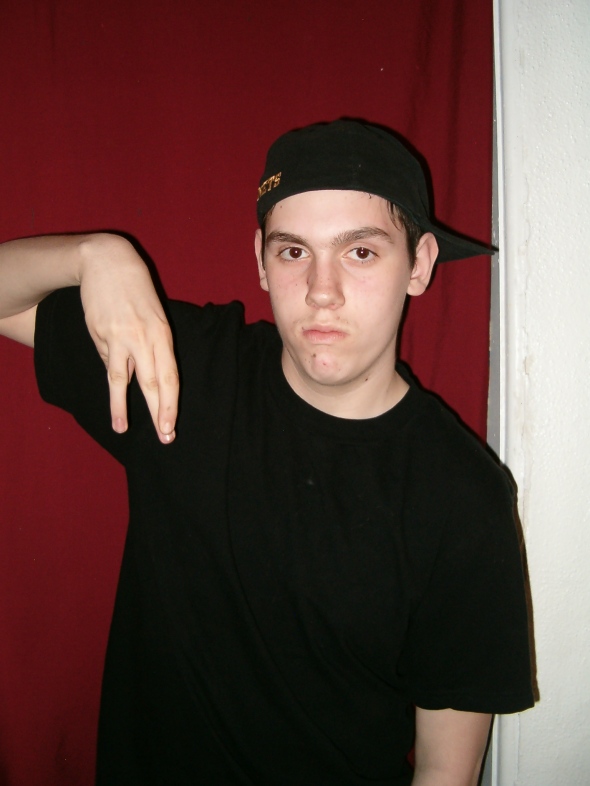 Recently I was woken up in the middle of the night by our dog barking. I got up to investigate, thinking that perhaps Jake had left Buddy outside, forgot about him and went to bed. I opened the front door (which was left unlocked) and called for Buddy. He wasn’t there. I heard the jingle of his collar though, so figured he might be around the corner of the house. I called again. No Buddy. As I looked toward the corner of the house though, I noticed something unusual. Jake’s bedroom window was open. Not just opened a crack, but all the way open.

“Darn kid!” I muttered to myself and went to his room. Sometimes Jake turns the heater on in his room and it gets too hot, so instead of turning the heater off, he opens a window. When I opened Jake’s door, the heater was not on, but I found the dog, laying comfortably on Jake’s pillow. Only problem was – no Jake – at 1:30 in the morning.

So, I proceeded to close his window down tight. Even though I saw his house key on the kitchen table, I locked the front door. Went out back to be sure the spare key was there, then re-locked the back door. When he came back, he would be locked out, and would have to feel his way through the dark to find the spare key. I went back to bed – and went back to sleep.

In the morning, he was in bed. I woke him up and told him, “You know, you’re grounded, don’t you?” He rolled over with a groan. Once he was up, I gave him his breakfast and coffee – and then told him that he would be grounded until Thanksgiving. He was not allowed out of the house without my permission – go to school, come home, no going out on the weekend.

As I turned away, he yelled, “That’s bull crap!” I whipped back around and yelled, “Do you think it was okay what you did? Do you? You snuck out in the middle of the night! You left your window wide open and the front door unlocked! I didn’t know where you were! Do you really think it was okay?” He quickly shut up.

Later that day when I was at work, I got a call from school. His aide told me that Jake was tired and having a really hard day. We talked about what had happened, and I told her that it was his own fault if he was tired and I had no sympathy for him. I did however, have sympathy for her as she had to deal with his behavior.

After work, I went grocery shopping. When I got home, Jake matter-of-factly said, “I need to talk to you.” When he found out I had gotten groceries, he ran out the door and brought them all in without my asking (what a suck up). After getting groceries put away, I sat down across from him at the kitchen table. “Here it comes,” I thought, “he is going to try to negotiate a deal to get out of his grounding.”

He looked down at his lap, took a deep breath, and said, “When I turn 16, I want to go to Job Corp and get my high school diploma that way.”….say what?

Jake has wanted to go to Job Corp ever since we took a tour with his brother a few years ago. Since then, he has told people that when he graduated, he was going to go to Job Corp and learn a trade. Now he was saying, he wanted to drop out of school, so he could go.

Inside, I am thinking, “but you only read at a 2nd grade level! you won’t have an aide with you! what happens when you have a meltdown? can you really manage being on your own?” But I simply said, “I don’t know if it is the right decision. You will have to convince me that it is. You will have to show me that you can do it.”

The next day at school, he was excited and had a great day! He told his aide he wants to have a meeting to discuss everything. He printed out a bunch of information for me about Job Corp. The school counselor is going to see if Job Corp would send a representative to the school to talk to me.

He doesn’t turn 16 until April. There is plenty of time to figure out if this is the best move for him. I want him to feel successful and in control of his destination. I am proud of him. He took a bad situation and tried to figure out how to make it better. Not everyone would have done that. He’s pretty awesome.